International Forest Day 2016: Saying Thank You to the Trees 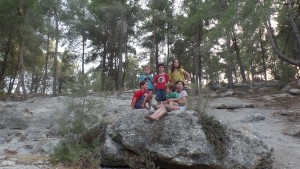 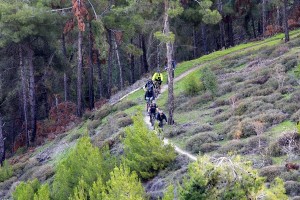 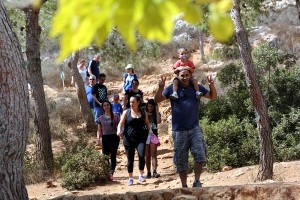 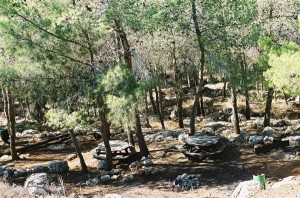 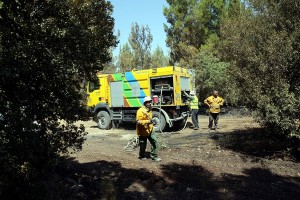 “For us, every day is Forest Day, and everything KKL-JNF does for forests is done all year round,” said Dr. David Brand, KKL-JNF’s Chief Forester and Director of the KKL-JNF Forestry Division.

International Forest Day 2016 highlights the unique contribution of forests to the world’s supply of freshwater. “Forests conserve water, absorb rainwater and prevent erosion,” Brand explained. “Forested areas prevent extreme flooding compared to other open areas such as grazing areas, cultivated areas and, of course, developed residential areas. Without forests, rainwater would rush to the sea and take a lot of soil and organic material with it.”

Beyond water economy, forests have many other functions as Brand specifies: recreational opportunities in natural settings, landscape design, support for biodiversity, counteracting global warming by carbon sequestration and oxygen emission, economic advantages (such as pasture, wood products and tourism), conservation of open areas, protection of indigenous trees, preservation and restoration of historical landscapes, ecological rehabilitation of damaged habitats, promoting the connection of the public to nature, creating barriers for the prevention of noise and air pollution as well as landscape hazards.

KKL-JNF’s forestry work includes managing ecosystems that include forests, woodlands and open areas covering over 1.6 million dunams (close to 400,000 acres). As the caretaker of forests in Israel, KKL-JNF has to deal with many threats -floods, droughts, fires, diseases, pests, invasive species and construction development pressure. Thanks to KKL-JNF, Israel is one of the only countries in the world that has more trees today than it had a hundred years ago. During its 115 years of activity, KKL-JNF has planted 240 million trees, with support from its friends all over the world, some of them in areas where no one believed forests could survive.

“The story of KKL-JNF’s afforestation program is above all the story of foresters -visionaries and laborers,” Brand said. “They saw afforestation as a mission and tree planting as an adventure, the same adventure experienced to this day by every child who grew up in Israel. The forest landscapes we have now are the result of a dream, a struggle and great professional skill.”

In the past, KKL-JNF was primarily identified with tree planting. These days, however, the organization is involved in a variety of other fields such as agricultural development, improvement of rural areas, creation of water sources and education for the advancement of Zionism and ecology. “Afforestation is still a major field of activity,” Brand said. “Making forests accessible to people, providing recreational services, maintaining forests, rejuvenating mature forests, adjusting forests to climate change threats, preserving natural resources and historical sites -these are all among our principal undertakings.”

Israel’s afforestation program began in the 1950s and 1960s, and its policies and aims have been modified over the years in accordance with the necessities of the times. The range of tree species is expanding in the new tree planting projects. Some of the indigenous broadleaf species have been increasing, and the forests are becoming more variegated.

“The forest management system developed by KKL-JNF helps decision-makers ensure the wellbeing of the forests,” Brand noted. “This system is now based on sustainable forest management that is purposeful with regard to the designation of an area. We view a forest as an ecosystem comprised of diverse flora and fauna, with natural resources as a central factor. Forests have a complex structure with numerous species and stages of maturation. Generational changes are effected gradually, and forest renewal is based as much as possible on natural processes.”

Forests in the Heart of the Desert

40% of the Earth’s land masses are defined as arid or semi-arid regions, and a third of the world’s population lives in these regions. Desertification processes, which result from the human activity and from climate change, are concerning people throughout the world. Israel is a semi-arid country for the most part, with the Negev desert covering two thirds of its area, so these issues are also very relevant in our country.

Itzhak Moshe, KKL-JNF Southern Region Deputy Director, explained that loess soil, which characterizes the Negev, becomes sealed when rain falls directly on the ground, and does not absorb it. In the event of extreme rainfall , this causes powerful floods, and the water not only goes to waste but also causes soil erosion and damage to residential areas and to infrastructure.

KKL-JNF has developed advanced technologies based on the agricultural methods of the inhabitants of the Negev in ancient periods for harvesting runoff and combating desertification processes. KKL-JNF foresters have amassed great practical experience in all that relates to afforestation in arid and semi-arid regions. Water harvesting pooling by means of limans (inlets) and shikhim (ridges) enables the conduction of precious rainwater and its concentration in delimited areas so that trees can grow in those places.

Moshe described the uniqueness of the forests in the Negev: “These forests are surviving in regions where the annual rainfall is only about 200 millimeters, so they are different than forests in other parts of the world with regard to density and composition. They contain from five trees to a few dozen trees per dunam. Dense forests can have hundreds or even thousands of trees per dunam.”

Different research studies have indicated that hardly any runoff water leaves the forest, mainly due to tree coverage. “The water is trapped by the foliage, and this reduces the quantity of runoff,” Moshe explained. “When the ground is covered by vegetation, it absorbs water much better, and water improves soil quality, thickens the vegetation, penetrates the groundwater, reduces the loss of organic material and prevents flood damage and erosion.”

As an example, Moshe noted the flooding that used to occur in the area of Beersheba, which has been significantly reduced by KKL-JNF through tree planting in the Betarim stream basin. The town of Meitar, which lies in a valley, is protected from erosion damage by the planted forest that encompasses it.

In the Negev, KKL-JNF also plants forest strips on streambanks. “This helps conserve the water and the soil, and it prevents flooding and pollution. Fertilizers and pesticides get caught in the vegetation, so much less flows into the stream,” Moshe said.

Obviously, water is a major issue everywhere in the world, especially in arid areas like the Negev, but forests have additional functions even in this region, as Moshe explained: “The forests contribute toward seasonal pasture for herds, most of which belong to the local Bedouins. There are thousands of beehives in the forests of the Negev, which enable bee industry even in seasons when cultivated areas are not flowering. The forests provide many attractions for visitors including spectacular wildflowers, cycling trails and antiquities, and in addition to the benefits of these for the quality of life of local residents, they are economically advantageous for developing tourism.”

Top Israeli scientists have become involved in creating the professional infrastructure which is an essential factor in thriving forests. KKL-JNF invests in advanced research and development for meeting the challenges of afforestation in arid regions and develops tree species that are more resilient to aridity and lengthy droughts.

“KKL-JNF’s knowledge is available to the world, and we are glad to share with everyone what we have learned,” Moshe said. “Many countries could be affected in the future by global warming and reduction in precipitation quantities, so our research and practical experience in water management in semi-arid regions can be useful for many people.”

Even though there are many forests covering the area of the State of Israel these days, KKL-JNF’s forestry work is not finished. “We do not work according to the plant-and-forget method,” says Moshe. “We plant, study and manage the forest. It is important to us that our forests will be sustainable and withstand the ravages of humanity and nature.”

KKL-JNF develops biosphere parks, the ultimate integration of humans and their environment.

KKL-JNF staff is on guard 24 hours a day, preventing wildfires in forests and woodlands, using the latest firefighting equipment and fire watchtowers.