Tree Grove Inaugurated by Finnish Friends of KKL-JNF and Israel

Tree Grove Inaugurated by Finnish Friends of KKL-JNF and Israel 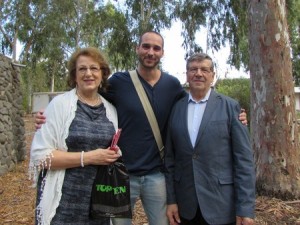 On Monday, October 20, a very moving ceremony inaugurating the Finnish Friends of TV7 Forest Grove took place at the KKL-JNF Donors Appreciation Center in Golani Tree Nursery, which is located in the Lower Galilee. The ceremony took place in the presence of Martti Ojares, the CEO and founder of TV7 and his wife Mirja, who were the initiators of the tree planting campaign in Finland. It was filmed for TV7 and will be broadcast in the near future.

Martti explained about the origins and goals of TV7, a Finnish television station that promotes Christianity and the love of Israel and the Jewish people. “I retired from my work as a Helsinki business director 11 years ago, and felt inspired to establish TV7. It’s really a miracle, because at the time, I had no money for it, but what God wants to open, no one can close. Our beginning was small, but now, we have over 200,000 regular viewers in Finland, Sweden and Estonia, along with a studio in Jerusalem. Our goal is to tell the truth about Israel and the Middle East, and in fact, our Israel news program has our highest rating. I feel that God put love in my heart for Israel and the Jewish people. Finland has proportionality more friends of Israel than other European countries, and in my opinion, it’s no coincidence that the Finnish and Israeli flags both have the same colors, blue and white.” 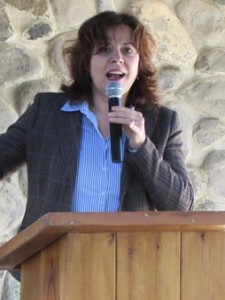 Speaking at the ceremony, Judith Perl-Strasser of the KKL-JNF European Department said that she met Mirja and Martti for the first time at a tree planting a couple years ago at KKL-JNF’s tree planting site next to the Kennedy Memorial on the outskirts of Jerusalem. “That’s when Mirja and Martti decided to promote tree planting by Finnish people on a permanent basis. Today we are inaugurating the first tree grove of friends of TV7, but I can tell you that we are already well on our way to the next grove. I have no doubt that at some point in the not-too-distant future we’ll meet to dedicate a forest.”

Attending the ceremony were also a number of students from the Ohalo College of Education, a teacher training college located in the town of Katzrin in the Golan Heights. Martti raises money to help needy students fund their tuition, and when someone buys a KKL-JNF tree through TV7, half the money pays for the tree while the other half goes to help deserving students at Ohalo.

KKL-JNF Chief of Protocol Andy Michelson greeted the audience and presented a short review of KKL-JNF’s history and accomplishments, thanking Martti and Mirhja “for being our partners in this endeavor.”

Samuel Willner of KKL-JNF Finland noted that it was a special day for everyone involved. “The Bible tells us that on the third day of creation, God commanded the earth to produce trees. The grove you have inaugurated today is a concrete expression of the donors’ connection to this country and to the Jewish people, and a part of their souls will always be connected to the land of Israel.” 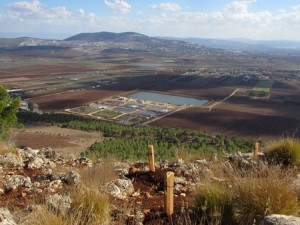 At the ceremony, Martti said that he felt this was a historic event. “We feel that our partnership with KKL-JNF is a great blessing for both Finland and Israel. There is something very symbolic about planting a tree, it has a positive influence on society and on the environment. I am very excited that our grove is located on Mount Precipice, I couldn’t imaging a better or more significant location. I am honored to be here and to represent the thousands of people in Finland and other countries that support our ideas.”

The Finnish TV7 tree grove is located on Mount Precipice, just south of Nazareth. A breathtaking KKL-JNF scenic lookout was developed at the site, overlooking the Basilica of the Annunciation, a central point of pilgrimage for popes visiting the Holy Land. Mount Precipice is the traditional site of the cliff where an angry mob attempted to throw Jesus off after his bold proclamation in the Nazareth synagogue, and according to Christian tradition, it was here that he performed the amazing feat of jumping to Mount Tabor. From this vantage point, it is possible to appreciate the natural beauty of the Jezreel Valley, Mount Tabor and the picturesque skyline of Nazareth.